What is coenzyme Q10? 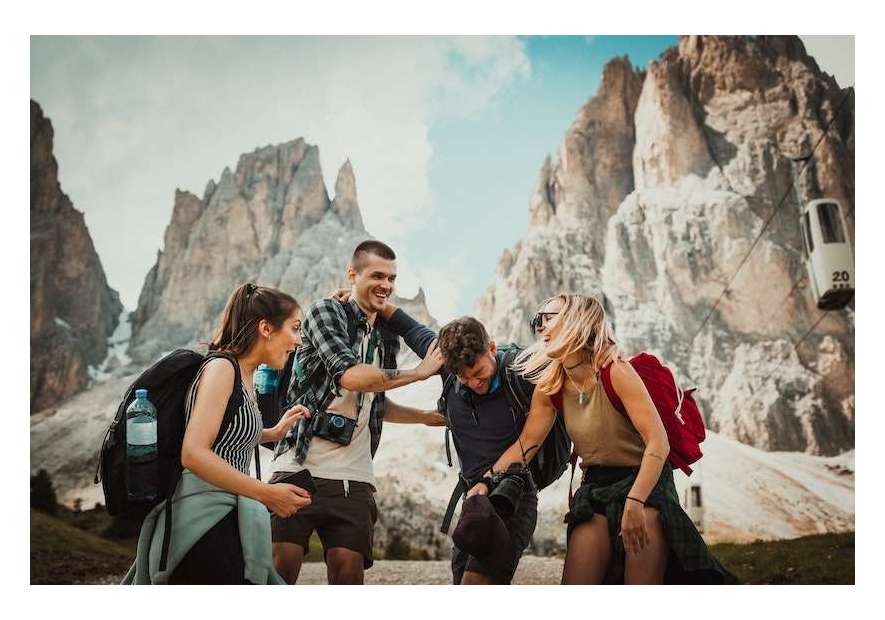 Despite the good weather and the low corona restrictions, are you lacking energy? And you have no idea what could be the reason? Have you heard of Coenzyme Q10? The small coenzyme plays an important role in our energy metabolism. Unfortunately, it is not well known here in Germany, but it may be responsible for a low energy level. However, before you identify coenzyme Q10 as your potential cure for a low energy level, we have summarized some important information for you.

What is Coenzyme Q10?

Since coenzyme Q10 plays an important role in the energy metabolism, the enzyme can be found in all cells of the human body and in almost all organisms in nature. Therefore, the name ubiquinone or ubiquinol can be derived from its widespread (ubiquitous) occurrence. Coenzyme Q10 can be formed in the human body or consumed with food. As a vitamin-like substance (vitaminoid), it resembles the structure of other fat-soluble vitamins such as vitamins E and K. As a coenzyme, Q10 is responsible for assisting enzymes. Enzymes are complex protein molecules that accelerate biochemical reactions in the body.

What exactly is the role of coenzyme Q10 in the human body?

Coenzyme Q10 performs its most important role of energy production in the mitochondria, the powerhouse of the cells. The energy that we consume in the form of food cannot be used directly by the body. It has to be converted into the body's energy unit, ATP, through various metabolic pathways in the mitochondria. Only in the form of ATP, energy may be delivered to the cells, which consecutively can do their work. During this process, Coenzyme Q10 is responsible for speed and effectiveness. Therefore, high concentrations of the vital substance are found particularly in organs that must continuously perform at a high level, such as the heart or the brain.

In 1978, his research of coenzyme Q10 and its contribution to energy production earned Peter Dennis Mitchell the Nobel Prize in Chemistry.

In addition to the energy metabolism, coenzyme Q10, or more precisely the reduced form ubiquinol, plays an important role as an antioxidant in the body. Not only can it protect cells from free radicals, but also regenerate already consumed vitamins C and E.

What is the reduced form ubiquinol? And is there also a non-reduced (oxidized) form?

Since small malfunctions can already disturb the conversion of ubiquinone to ubiquinol, the active form ubiquinol should be preferred for supplementation. Various studies have shown that the consumption of ubiquinol supplements compared to those containing ubiquinone leads to a higher level of coenzyme Q10 in the blood. An even further increase was possible in combination with physical activity (1). Ubiquinol has roughly twice the efficiency of ubiquinone in increasing plasma concentrations.

Should I watch my coenzyme Q10 level? And does it matter if it is ubiquinol or ubiquinone?

The need for coenzyme Q10 varies greatly and depends on the individual energy production of the body. Therefore, people who are continuously stressed, smokers or athletes, should watch their coenzyme Q10 levels carefully.

In general, the ability of the body to convert ubiquinone to the active form ubiquinol decreases with age. Due to the high concentration of coenzyme Q10 in the heart muscle, the decrease is particularly strong there. In comparison to 20-year-olds, 80-year-olds only contain 60% of the Q10 content in the heart. Therefore, people at 40 are advised to check their Q10 levels regularly.

Some medication, such as cholesterol-lowering drugs, can inhibit the body's own synthesis of coenzyme Q10. A simultaneous supplementation of coenzyme Q10 could counteract the effect. However, a doctor must be consulted beforehand.

Can I produce too much coenzyme Q10 or consume too much through my diet?

Excessive self-production and a resulting overdose of coenzyme Q10 is not possible. Also, there are no known symptoms of a high consumption of Q10-containing foods or supplements. However, everybody and every body is individual and reacts differently to a high intake of various nutrients, including coenzyme Q10.

Due to the few studies, no general recommendations for a minimum and maximum amount for coenzyme Q10 have been published.

However, people who take anticoagulants should pay particular attention to their Q10 consumption. Since coenzyme Q10 has a similar structure to vitamin K, there is a possibility that it may decrease the effectiveness of the medication. Should you be taking anticoagulants, you should consult your doctor before starting Q10 supplementation.

Most of our coenzyme Q10 comes from our body's own production. However, smaller amounts (approx. 10 mg) can also be ingested via food.

Since organs and muscles need coenzyme Q10 for the energy production, these foods are particularly rich in the vitaminoid. In addition, certain fish, such as mackerel or sardines, as well as soybeans, nuts and seeds may also contain a high concentration of Q10.

Should your intake be insufficient, you can also rely on dietary supplements that contain either the oxidized form ubiquinone or the reduced and active form ubiquinol. Since coenzyme Q10 is absorbed together with the fat metabolism, like the fat-soluble vitamins E and K, the capsules should be consumed with a meal. As with all other dietary supplements, the following also applies here: consult your doctor before you start the supplementation.

Whether a high consumption of Q10 supplements can have an impact on your body and your well-being is currently being researched in a wide variety of studies.

What studies on Coenzyme Q10 have been published recently?

Coenzyme Q10 has been researched intensively for years now, hoping that the vital substance could be a positive factor for the general well-being.

Especially in the current Corona situation, many people feel that their daily stress level is very high. The reasons for the increased stress levels are very different, like work, childcare, lockdown, or no-lockdown at all. Recent studies have shown that using an ubiquinol supplement can reduce stress and improve the quality of sleep (2).

In addition, supplementation with coenzyme Q10 can support the blood sugar and lipid metabolism (3) and reduce daily symptoms of fatigue (4). Allegedly, coenzyme Q10 is also said to have an influence on blood sugar levels and Hba1c in the treatment of diabetes and thus reduces the risk of serious long-term complications (5).

Unfortunately, there is not enough research and no official health claims have been accepted yet. However, we very much hope that the number of studies will grow in the next few years and yield positive results so that the corresponding health claims may be supported scientifically. As soon as there is something new, we will report about it here.