News about Citicoline and Choline 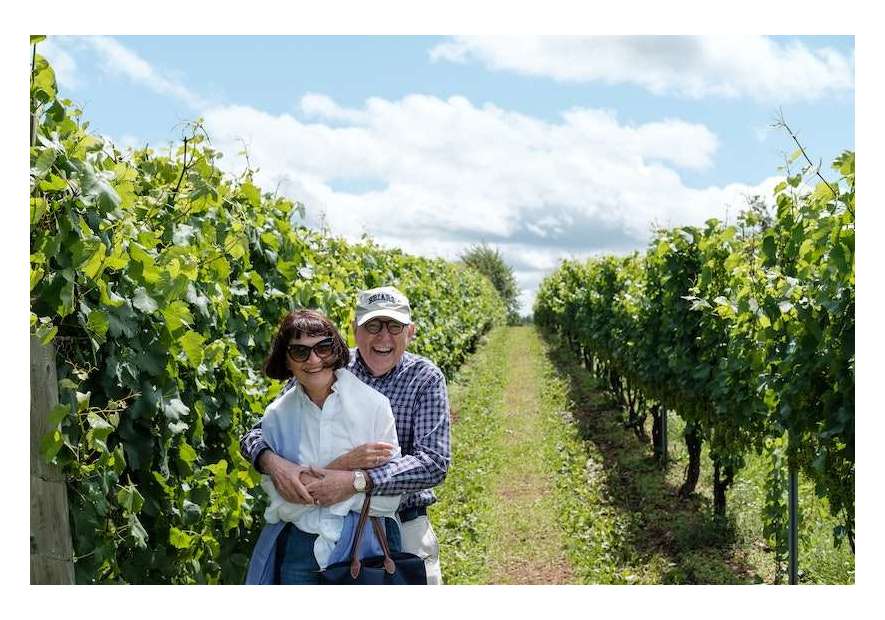 Many people desire a long and healthy life. Unfortunately, with increasing life expectancy, also the number of diseases increases. Particularly mental illnesses, such as dementia or Alzheimer's disease, have become more frequent in recent years. Choline is a vital substance which might slow down the progression of such diseases. But what about the validity of such claims? What are the exact results of the various studies? We have summarized the current state-of-the-knowledge for you.

What is choline or citicoline actually?

Initially, choline was referred to as vitamin B4 and considered part of the B complex. Although its functions are still related to those of the B vitamins, choline is now recognized as a vitamin-like substance. In addition to being absorbed via food, choline is also produced by the body. However, the self-produced amount is often not sufficient.

Therefore, the consumption of foods containing choline is considered essential for the body. Especially in phases that present a challenge, like an illness, a sufficient and sometimes higher choline intake is very important.

Immediately after consumption, citicoline, which is also called CDP-choline and is mainly used in food supplements, is broken down into choline and cytidine, which makes choline available for the metabolism.

Citicoline is not only produced synthetically, but also a naturally occurring nutrient in the human body. It is also an intermediate in the synthesis of phospholipids in the gray matter of the brain.

You can find more information about choline, citicoline and their various effects here.

What are neurodegenerative diseases and what is dementia or Alzheimer's?

Neurodegenerative diseases lead to a progressive death of nerve cells and cell functions in the human brain. This also includes dementia and Alzheimer's. Both are slowly progressing brain diseases, causing memory loss and concentration problems. Alzheimer's is the most common form of dementia. In Germany more than a million people suffer from dementia. 60% experience Alzheimer's dementia, while 20% have been diagnosed with a mixed form.

The onset of the disease is usually after the age of 65 and the incidence increases with age. Only in about 1% of the people diagnosed with Alzheimer’s disease, genetic defects are the cause of developing Alzheimer´s. In this case, the disease starts earlier, between the age of 30 and 40.

What is the origin and development of the disease?

As already mentioned, Alzheimer’s disease leads to the gradual death of nerve cells and their connections. The disease usually begins in the rhinencephalon, the so-called smell-brain and spreads to other areas from there. The nucleus basalis of Meynert is usually affected very early on. In this region the substance acetylcholine is produced, which leads to a large deficiency of acetylcholine in the brain. Acetylcholine is one of the most important neurotransmitters and works as a chemical messenger between nerve cells and other cells, e.g., muscle cells.

In addition to the deficiency of acetylcholine, insoluble neurofibrillary tangles called tau proteins and extracellular plaques of the amyloid beta protein are formed. The amyloid beta plaques are indissoluble and made from proteins and carbohydrates (1,2). Usually, the plaques are dismantled by various substances in the brain, including choline. However, in patients with Alzheimer’s the mechanism is defective. As a result, plaques accumulate between nerve cells and in blood vessels, which can impair the supply of oxygen and energy in the brain (1).

However, the exact reasons for the conglomeration of plaques and the development of Alzheimer’s disease are still unknown (1,2).

Clinical studies have shown that in the brains of patients with Alzheimer’s a lower content of acetylcholine and an accumulation of plaques compared to the brain of a person without Alzheimer’s could be found (1). Still, it has not yet been possible to clarify what part the deficiency of acetylcholine and the accumulation of amyloid beta plaques play in the onset of Alzheimer’s disease. However, various studies agree that both mechanisms are responsible for blocking the communication between individual nerve cells (1-5).

Is there anything that can help against Alzheimer’s?

Unfortunately, there is still no medication or lifestyle modification that can cure Alzheimer's. However, there are some drugs and therapy measures that can soothe the symptoms and help patients to have a normal life for as long as possible (8).

A vital substance that has been the focus of research as a potential cure is citicoline. Citicoline is already a very popular dietary supplement for a normal brain metabolism and optimal concentration or for maintaining sufficient choline levels. However, the European Food Safety Authority (EFSA) has not authorized any official claims yet (7).

Studies, as well as physical examinations, both revealed low choline concentrations in the brains of Alzheimer’s patients. A deficiency in choline not only leads to a reduced production of acetylcholine, but also to impairment of the membrane and dismantling of proteins to amyloid. All three pathological mechanisms have been detected in brains of Alzheimer's patients. Whether the choline deficiency could be a reason for the onset of the disease or whether the deficiency arose after the disease manifested, has not yet been adequately clarified (1, 3, 5).

Furthermore, choline blocks the production of amyloid beta plaques, which, according to latest results, could be one of the main causes of Alzheimer's dementia (2, 3).

Many studies have shown a positive correlation between an increased choline level and a reduced risk for Alzheimer's disease. However, these studies need to be observed with caution, as their value may be limited. The study populations were often quite small, and the consumed choline amounts higher than the intake in the average population. In studies, where choline is consumed via foods, it is impossible to avoid interactions with other ingredients and therefore no clear association is possible that the positive effects originated from the choline consumption (1, 5).

In addition to the positive effects of choline on acetylcholine levels, and the reduction of amyloid plaques, studies have also shown that lifelong supplementation can

Overactivation of microglia occurs also in other neurodegenerative diseases such as multiple sclerosis or Parkinson's disease (2, 4).

In a study by Professor Tobias Hartmann from Saarland University, test subjects were given a nutrient mixture of essential fatty acids (docosahexaenoic acid and eicosapentaenoic acid), vitamins B12, B6, C, E and folic acid and other nutrients such as choline, uridine monophosphate and selenium. A total of 311 patients took part in the study over a period of two years. All test subjects had a mild form of Alzheimer's at the beginning, but not yet any Alzheimer's dementia and were divided into a nutrient and a control group. At the end of the study, the results showed that the nutrient group had a 45 percent lower decline in dementia. In addition, an MRI was performed, which showed that the shrinkage of the tissue, e.g., in the hippocampus, was 26 percent lower in the nutrient group (6).

With the nutrient mixture, Alzheimer's dementia could not be cured, but at least delayed. These results provide a positive prospect that foods containing various nutrients, antioxidants, vital substances, and methyl group donors such as the B vitamins could delay the onset and development of Alzheimer's and other neurodegenerative diseases.

How Much Choline Should I Consume to Get Any Effect?

The tolerable upper intake level of choline is 3500 mg per day (4). Therefore, the range between the two amounts is quite large, and it is possible to consume more choline. However, the consumption of choline and any other nutrient is very individual and can therefore vary. The decision on how much choline or citicoline one should consume needs to be done individually, and a doctor should always be consulted beforehand (8).

Even if Alzheimer's dementia cannot be cured yet, the results of various studies are very promising. Most of the information was only obtained during the last two decades, and it seems that also during this decade, research will obtain interesting new results (3).

As soon as there is something new in this field, you will find the information here in our blog.