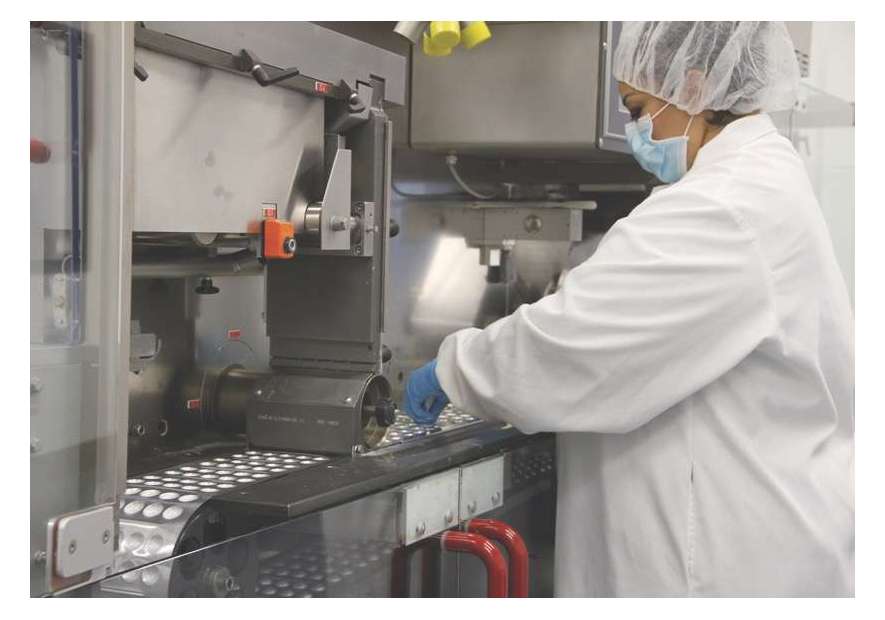 Certain companies and individuals have been claiming that magnesium stearate in dietary supplements would reduce the absorption of nutrients in the digestive tract and could be harmful for human consumption. Obviously, this has led to irritation and skepticism among customers. That is why we summarized the scientific facts for you in order to unmask the unfair advertising for products as “without magnesium stearate”.

What is magnesium stearate?

Magnesium stearate has been used as an additive for capsules and tablets in both pharmaceuticals and dietary supplements for decades. During the manufacturing process, it prevents the individual components of a formula from sticking to one another and / or parts of the machine. By using magnesium stearate, tablet mixtures can be dosed more precisely. It is a stable, neutral substance comparable to other magnesium salts such as magnesium ascorbate or magnesium citrate. It consists of 4% magnesium and 96% stearic acid, which is found in many frequently consumed foods such as vegetable or animal oils, cocoa butter or baby food.

What are the risks of consuming magnesium stearate?

In a study from 1980, rats were fed different contents of magnesium stearate in their diet (0%, 5%, 10% and 20%) for 3 months and then examined for toxic effects (1). As a result, it was found that an amount of 5% corresponding to an amount of 2500 mg / kg body weight had no negative effects. The higher concentrations of 10% and 20% had negative effects on weight gain, liver weight and the formation of kidney stones. To conclude from these results, that magnesium stearate is harmful to human consumption, is very questionable. When transferring these results from animals to humans, it can be seen that a daily intake of magnesium stearate of around 30 g for a 70 kg person is still absolutely safe. In comparison, the 10 to 50 milligrams of magnesium stearate that are typically used in dietary supplements, are insignificant and should not be a cause for concern. The lozenges of our Methyl B-12 even contain less than 10 mg magnesium stearate, following Jarrow Formulas’ principle to use as little filling material and flow agents as possible.

Can magnesium stearate be the cause of side effects in sensitive individuals?

In a study used by opponents of magnesium stearate to demonstrate its risk, it allegedly has negative effects on immune cells and the immune system. In this study from 1990, certain immune cells were isolated from mice and stearic acid was added to it (2). This resulted in an unstable cell membrane and a destruction of the T-cells. The data were extrapolated to humans to produce horror stories that stearic acid is harmful to people with multiple sensitivities. Dr. Klinghardt, Medical Director of the Institute of Neurobiology in Bellevue, Washington, and founder of the Klinghardt Academy, used this publication in a 2009 interview as a basis to warn about the harmful effects of magnesium stearate. At that time, he apparently did not realize that stearic acid was metabolized differently by mice compared to humans. Whereas humans can convert stearic acid into monounsaturated oleic acid using the enzyme delta-9 desaturase (3), mice lack this enzyme. The experiment with the mouse cells can therefore not be extrapolated to humans. Late, but not too late, Dr. Klinghardt admitted his lack of knowledge about the biochemistry and toxicity of stearic acid and published a statement in 2013 in which he rehabilitated magnesium stearate in every way (4).

Does magnesium stearate affect the bioavailability of nutrients?

Another argument against magnesium stearate is that it would reduce the bioavailability of active nutrients. It is known that magnesium stearate can prolong the release of active substances in tablets and capsules, but this does not necessarily have a negative impact on the bioavailability (5,6). Technically speaking, a salt made from 96% stearic acid and 4% magnesium cannot cover the mucosa like a film and reduce bioavailability, as some claim. In fact, the salts of fatty acids are well absorbed and might make it even more difficult to develop unwanted biofilms, as it was shown in another study (7).